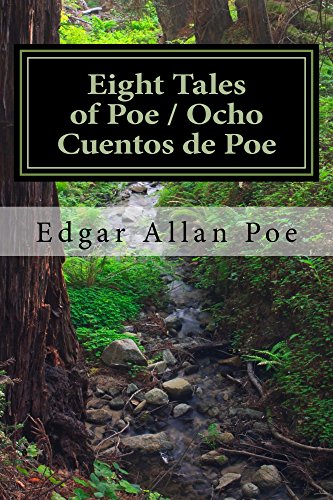 Eight Tales of Poe / Ocho Cuentos de Poe contains eight of Edgar Allan Poe's most popular short stories,or tales (The Murders in the Rue Morgue, The Fall of the House of Usher, The Mask of the Red Death, The Cask of Amontillado, The Black Cat, Descent into the Maelström, The Gold-Bug, and Ligeia).

This volume is not only entertaining, but also enlightening, especially for the English speaker learning Spanish and the Spanish speaker learning English, as each paragraph is first presented in its original language (English) and is then followed by its translation into Spanish.